Finally a nice day for sledding.

I strongly feel that once in a while kids should be dragged off the couch kicking and screaming and thrown into the woods to get a closer look at nature. Once they’re in the car with the doors locked they … Continue reading →

They say the best way to learn a foreign language is to start young. Most of us had to take French or Spanish in high school, how much do you remember? Exactly. So you’d think that a new program to start teaching Spanish in Kindergarten would meet with wide parental approval. Not so fast…

Currently my daughter has a Spanish teacher visit her Kindergarten classroom once every three days. She speaks no English while she’s with the students so the kids are ‘forced’ to pay attention and (theoretically) learn better. All the research indicates that the best way to achieve results is to immerse the students in a foreign language.

This means that children enrolled in the new dual language program will have alternating days of instruction in Spanish and English.  Literacy will always be in English, but other academics will alternate.  The goal is to have students fluent by the time they leave elementary school after completing fifth grade.

The school has held numerous meetings with parents to discuss these plans and the program will be opt out, meaning that unless parents say no their child will be automatically enrolled in the dual language program.

On paper everything looks good to me. My daughter learns a second language and her young brain grows and thrives in an accelerated atmosphere. The reality is that every other day her homework will be in Spanish. Do I need to learn Spanish just to help her? The school suggests I do and has offered advice on how to go about doing it. What if she grows frustrated trying to learn math concepts in a different language? Will her academics suffer? Will she fall behind the kids who opt out?

Another big hurdle is that going forward into Middle and High School, classes will return to normal. There are plans to offer Spanish literature courses for graduates of the dual language program, but is it enough to maintain fluency?

Even given all this, we thought it was going to be an easy decision.

Her initial reaction to Spanish was overwhelmingly positive. Every day she’d come home singing Spanish songs and pointing out the Spanish names for household items. We thought this would be an easy choice. Then things changed, she grew frustrated at not being able to speak any English during Spanish class and when we asked her about learning MORE Spanish she said, ‘no way.’

Beyond the academic realities there are social obstacles as well. Enrollment in this program will mean that she will have the same classmates for the next five years…for better or worse.

Nothing has been decided yet and we will continue looking into it to see how it will affect our family.

If anyone has any experience in this area, I’d love to hear your thoughts.

Here’s a cold weather tip. When the temperature drops below zero, don’t leave an unopened can of Diet Coke in your car. 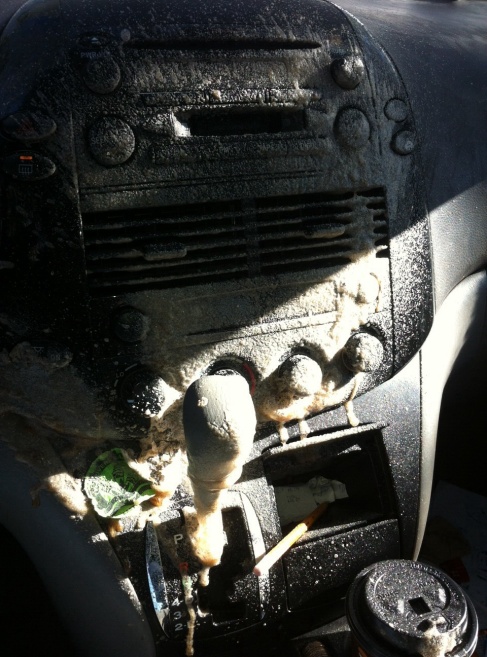 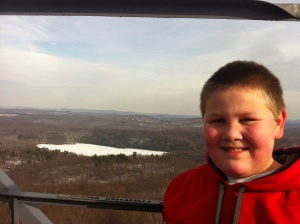 It would appear that I haven’t updated this blog since the summer of 2013. Well just to pick up where I left off, I present…Alex at the Ninham Mountain first tower. Spooky, right?

This summer vacation is off to a lazy start.  The kids have decided that they should be able to stay up late (sometimes all night) because they don’t have school in the morning.  The result is that they spend the greater part of the next day asleep, waking up only to play Xbox.  I understand that they want to be free from their school routine, but enough is enough.  I needed to get them out of the house and moving.

One of our go to outdoor destinations is the Westmoreland Sanctuary in Mt. Kisco.  Recently we also discovered the Mianus River Gorge in Bedford.  Both offer some easy walks in the woods for all three of the kids (ages 5, 9 and 13) and just enough to see to keep them interested.  Over the July 4th weekend I attempted to take my daughter (5) to Mianus only to be relentlessly attacked by bugs whenever we stopped.  I probably would have pressed on, but a whining 5 year old is worse than 1000 mosquitoes and horse flies.  Later that day I struck out on my own on the trails at Muscoot Farm.

While poking around online for some other kid friendly local hikes I found Hike The Hudson Valley penned by the practical and humorous Mike Todd.  Mike presents over 50 area hikes that range in difficulty from ‘Zero: You haven’t gotten out of bed yet’ to ‘Ten: Would make Bear Grylls cry for his Mommy.’  He suggests than anything ranked 5 or under is probably ok for kids.  Since my kids span a pretty wide rage, I have to err on the safe side to avoid carrying a tired 5-year-old.  To be fair, she’s probably the most eager hiker of the three.

The site gives directions to the parking lots/trail heads as well as very detailed descriptions of the trails themselves, including what to look for along the way and any unmarked side trails that lead to a pretty view.  There’s something about Mike’s writing style that makes you want to get off your couch and start hiking ASAP, it gives you that ‘if he can do it I can do it’ feeling…not unlike Bill Bryson does  in his best seller A Walk In The Woods.  Why haven’t you written a best seller yet Mike?

Anyway, I figured I’d tackle the hike closest to home which happened to be the Ninham Mountain Fire Tower in Kent.  My daughter opted out to stay home and watch Barbie movies so I went after my next victim, my 9 year-old son.  He balked and then reluctantly agreed, but only after he had lunch.  I packed a lot of water (it was in the mid 90s) and some snacks and we hit the road.

I had jotted down some directions(Mike’s directions are from Poughkeepsie), but the route looked fairly straight so I figured I’d be ok.  I was wrong.  I zigged when I should have zagged once or twice and eventually found myself on Rt 6 headed towards Carmel then noticed a sign for 301 which was in my notes.  I missed another turn off after the Carver bridge so I had to back track before finding Rt 41 and heading up Ninham Mountain.

Just past the Putnam County Park we pulled into an empty parking lot that mentioned Ninham Mountain.  We hopped out and followed the gravel road only to find ourselves immediately in the woods.  Figuring we were in the wrong place we headed back to the car hoping to find someone to ask.  Luckily a mountain biker had just pulled in and he told us to go down the road a bit to the next Ninham Mountain sign and drive up the steep driveway.

Success!  Now that we found the right spot we could indeed simply head up the gravel road to the tower.  I may have neglected to tell my son that there would be uphill walking involved.  He seemed to think that the tower would be adjacent to the parking lot.  There was some whining about the heat (it WAS hot) and several requests to turn around and go home but eventually we made it and we had a new obstacle.  The tower itself is 90 feet tall and though well maintained it’s still a little unnerving when the first set of stairs is shaky.

View from the top

Each tiny and narrow step lists the name of someone who I assume donated money to keep the tower open.  After only a minute you can already appreciate the view…so if you chicken out at this point you still get to SEE something.  We kept climbing though and upon reaching the top the views are even better.  You’re pretty well enclosed on the 7 foot by 7 foot platform so there’s no way you could fall.  That said, the wall around the platform is very low which makes you feel like you’re more exposed than you really are.

After admiring the views and snapping a few pictures and enjoying the breeze we started back down.  The stairs are really only wide enough for one group to be on them at a time so if you see people waiting at the bottom you probably shouldn’t hang out too long up there.  We tried to look cool and calm in case they were watching us and I think we pulled it off…suckers.

At the bottom my son said that his legs were numb and his stomach hurt, but he said it with a huge smile on his face.  On the way back down the gravel road we stopped to eat some wild raspberries and  saw some cool rock formations.  There’s also what appears to be an old root cellar near the parking lot that may or may not be…haunted.

In the car on the way home we talked about how bad ass we were for looking death straight in the face and living to tell about it…ok that may be a bit much, but I was VERY proud of my son for stepping outside of his comfort zone and away from his xbox to go exploring with me.  He later admitted that it was one of the best days of his life…which might also be a bit of an exaggeration…but I’ll take it.

For detailed info on this and 50 other hikes, feel free to check out Hike The Hudson Valley.